The station is 36.25 miles north west of Leeds on the Leeds to Morecambe Line towards Carlisle and Morecambe. The Ribble Valley Line from Blackburn also meets the Leeds to Morecambe Line at Hellifield which is managed by Arriva Rail North, who provide all passenger train services. It is unstaffed, although the buildings are in private use and open to the public at certain times.

The first Hellifield station was opened by the “Little” North Western Railway in 1849. It was a modest structure, similar to those at Gargrave and Long Preston and sited 400 yards to the south of the present one. A much larger replacement (the current station) was built by the Midland Railway and opened on 1 June 1880, immediately to the north of the junction of the line from Leeds and the newly completed Lancashire & Yorkshire Railway route from Blackburn via Clitheroe. It soon became was a busy junction (as it was now located on the Midland Railway’s main line from London to Scotland), with trains going to: Clitheroe, Skipton, Leeds, Blackburn, Settle, Carlisle, Manchester & Morecambe. It was also the location of a busy locomotive depot and a large goods yard.

The line from Blackburn had its passenger service withdrawn on 10 September 1962, but remains open for freight and periodic diversions when the West Coast main line is closed north of Preston for engineering work. The adjacent locomotive shed closed the following year and local trains from the station to Carlisle ended in May 1970, although it continued to be served by expresses to and from Glasgow until 1975. Thereafter it was downgraded to unstaffed halt status and served only by stopping trains between Leeds and Morecambe.

In the Domesday Book, Hellifield is mentioned as Helgeflet; meaning ‘Holy Marsh or Stream’, translated from Saxon, the village also could have been dedicated to the Saxon Goddess ‘Hel’. There is also the possibility that the name derives from the Norse ‘The Farm of Helgi’. The village name changed over the years; in the 12th century, Hellifield was referred to as “Nether Hellifield” and in the 17th and 18th centuries the village was named “Hellifield Pele” and slightly later “Hellifield Cochins”. The modern spelling of Hellifield appears in the mid-19th century, on maps and drawings.

In medieval times it seems that the area between Hellifield and Long Preston was hunted by wolves, so men were employed to guide travellers between the two settlements. Livestock suffered until the extinction of the grey wolf. In the mid 19th century, the village was nothing more than a hamlet. The local workforce mainly concentrated within agriculture and associated trades. Cotton weaving did take place in the village and several weaving sheds were constructed in the area.

Hellifield is infamous among people from other villages for its over-the-top Christmas decorations that villagers adorn their houses with over the festive period. It has been said that the light which comes of these houses is so powerful that it can actually be seen from space.

A history poster has been prepared for Hellifield station and this can be viewed by clicking on the thumbnail below or on this link: History Posters

SD 851572 – for a map visit www.streetmap.co.uk and enter the grid reference.

Please check before you travel to ensure you can complete your journey. Posted 27.01.22

Excellent work continues in the West of Lancashire. Posted 24.01.22

Changes To Merseryrail Services From 17 January 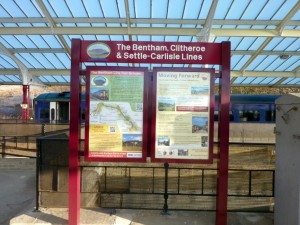 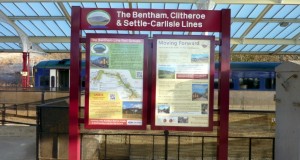 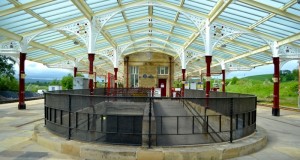 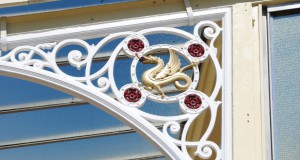 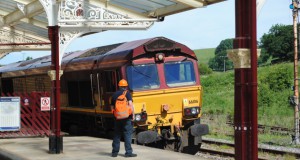 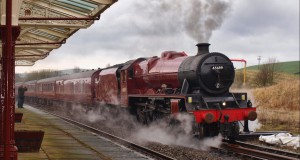 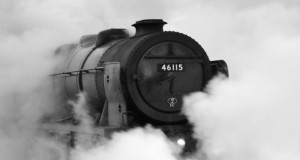 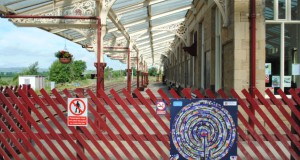