Community Rail Lancashire participated in World Hijab Day on Tuesday 1st February 2022. World Hijab Day is an annual event founded by Nazma Khan in 2013, taking place on 1st February each year in 140 countries worldwide. It’s stated purpose is to encourage women of all religions and backgrounds to wear and experience the hijab as a way to promote understanding and cohesion. 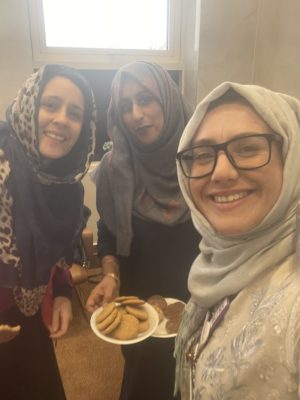 CRL’s Stations of Welcome Women’s group met at Burnley Manchester Road Station to help participants wear the hijab. The hijab is a head scarf worn by many Muslim women. Although a relatively small piece of fabric, it has a huge significance in the lives of many Muslim women who chose to wear it as a sign of their faith. Over the years it has caused many debates and discussions and has been banned by some governments around the world. World Hijab Day helps to promote understanding and community cohesion by encouraging non-Muslim and Muslim women to try out a hijab for the day. The CRL team and members of Northern staff, as well as many visitors and Community Rail Officers from other Community Rail Partnerships travelled from Burnley to Accrington wearing their hijabs and walked to Raza Jamia Mosque as part of the experience. 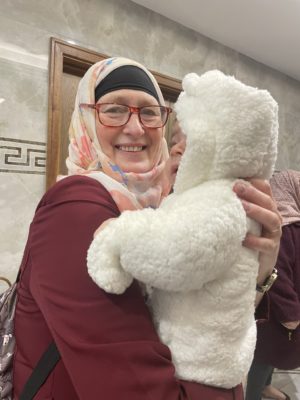 Caroline Holden with the youngest participant 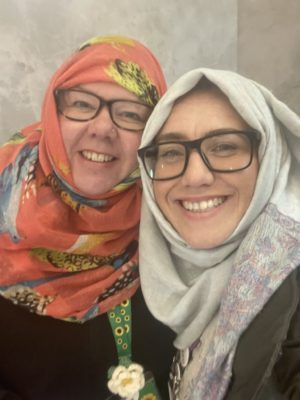 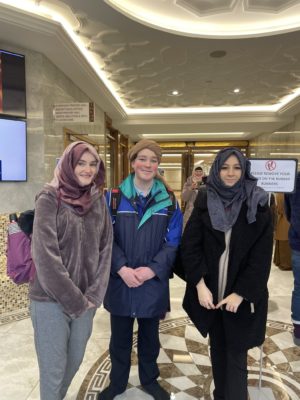 For many this was their first visit to a mosque and what an amazing mosque to visit. A new building in Accrington that was built in 2017. The construction is a huge building that serves it’s local Muslim population of Accrington. It is used for regular worship as well as weddings and funerals. It is a place to sit quietly and contemplate and to celebrate. Jemshad Ahmed was kind enough to lead the tour of the mosque and explained the uses of the building and the thoughts behind its construction.

Some of the comments from the day were:

‘’ It was fascinating to see a mosque from the inside. I had never been before, and it is such a beautiful building.’’

‘’It was fantastic to get an insight into what a mosque is like and what it means to the community.’’

‘’Such a welcoming visit to the mosque. I learned such a lot about the community that are involved in using the space.’’

‘’Wearing the hijab made me feel safe. I don’t like being looked at and it made me feel like people weren’t looking at me.’’

‘’It’s amazing how a piece of fabric can make such a difference to the way we look! I didn’t recognise my colleague!’’

The day was a huge success and will hopefully be the first of many World Hijab Days and visits to the mosque!