175 years ago on 1st March 1841 the Summit Tunnel was opened and celebrations took place at Littleborough earlier this week on 1st March 2016 to mark the milestone.

The tunnel is almost one and three quarter miles long and on the date of opening was the longest railway tunnel in the world. Over 23 million bricks were used in its construction which took three years to complete. When built the tunnel was wholly in Lancashire but it is now half in the Metropolitan Borough of Rochdale and half in the Metropolitan Borough of Calderdale.

The tunnel was nearly closed following an incident on 20 December 1984 when a tanker on a freight train carrying 1 million litres of petrol derailed and set on fire. The tunnel was closed for eight months but eventually reopened and most of the tunnel is now lined with concrete. 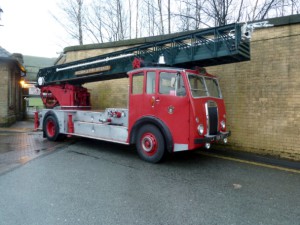 The celebration took place on Littleborough station in the small museum run by the Littleborough Historical and Archaeological Society and was attended by local dignitaries and guests from the railway industry.

Children from Holy Trinity Primary school brass band entertained guests playing a lively selection of tunes and a vintage fire engine was parked in the station car park to add to the interest. 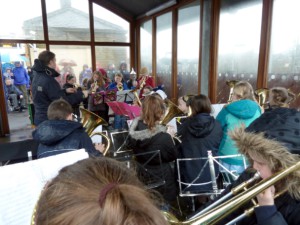 Once the formalities were completed at the station guests were given a free complimentary ticket to allow them to travel through the Summit Tunnel 150 years to the day from when it originally opened.