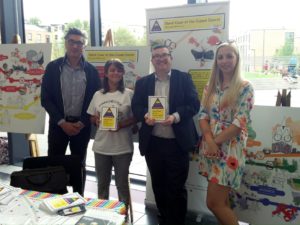 ‘Stand Clear of the Closet Doors!’ was launched to around 300 LGBT+ young people, hosted at Manchester Metropolitan University. 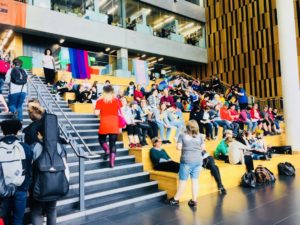 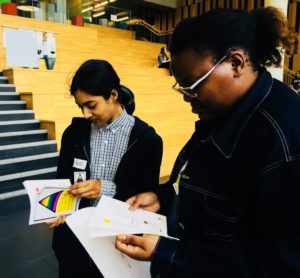 The project features North West LGBT+ rail linked locations, promoted by a 14 metre map on display in Manchester Victoria, and a booklet researched, written and illustrated by the fantastic youth participants. Colourful stickers are also available; especially to attendees of Pride this weekend!

The project aims to increase inclusion through visual artwork for LGBT+ users of the Northern network, as well as encourage all passengers to visit these locations by rail, and learn something new about the LGBT+ community.

Tasnia and Elena spoke eloquently at the launch about the aims of the project, what it means to them and the group who took part. Over 350 booklets and stickers were distributed, with excellent feedback on the map featured.

The launch continues today, with CRL and Northern promoting the project in Manchester Victoria, and on Saturday at Manchester Pride. 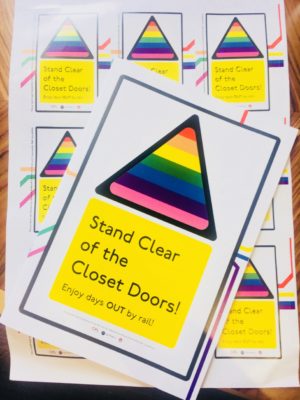 For further information or for copies of the booklet, contact daisy.chamberlain@btconnect.com”