Children from St. Nicholas C of E Primary School in Blackpool were on an educational trip to Preston station with Community Rail Lancashire when they spotted a well known face.

The children spotted well known comedian, actor & children’s author David Walliams on the station. He had been visiting the school in Tarleton, which the youngest victim of the Manchester bomb attack attended, and was waiting to catch a train.

He came over to talk to the children to ask them what they were doing in Preston and was happy to have his photograph taken with the children, teachers and the CRL Educational Team. The children were very excited to have met their favourite author as can be seen in the photo below! 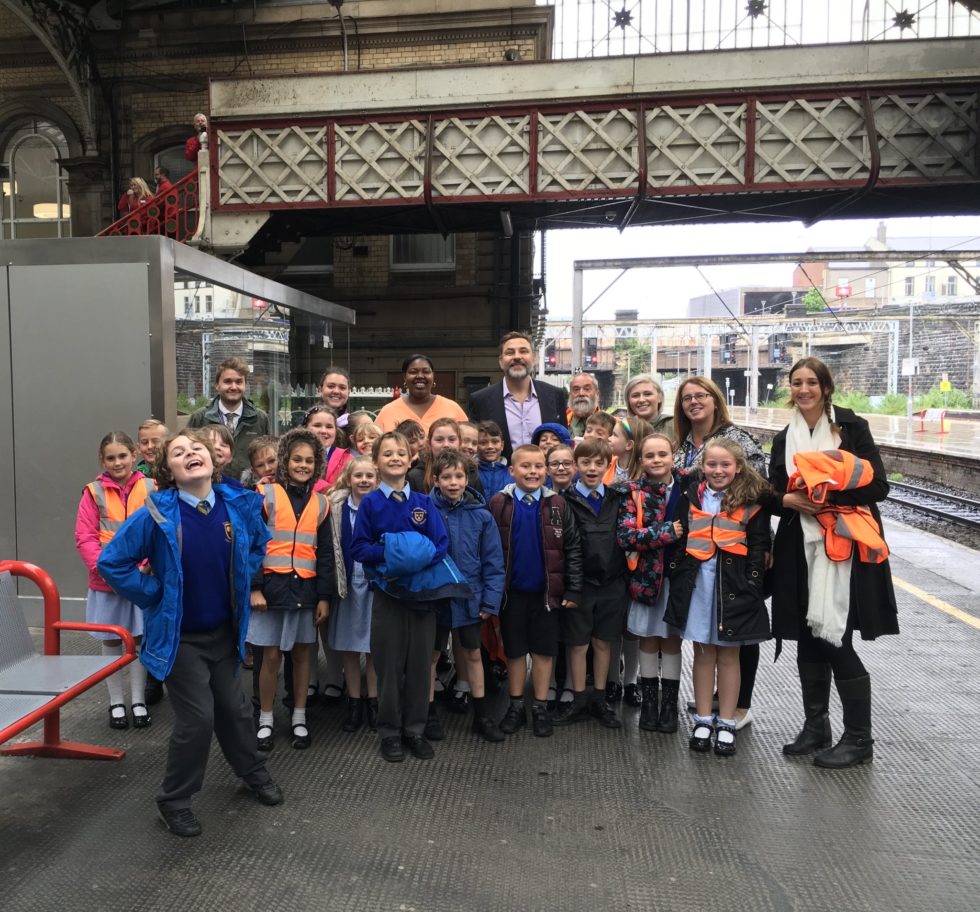