Four stations on the South Fylde Line have received awards in this year’s North West in Bloom Competition, in the category of ‘It’s Your Neighbourhood’. 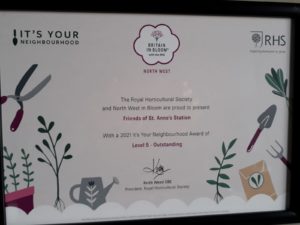 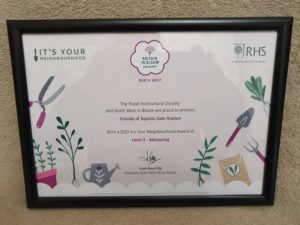 Congratulations to all of the volunteers who carry out such incredible work including; supporting activities, filming working parties, planting up containers, cutting the grass, dead-heading the flowers or clearing the drains, they all share in this success.

Also to be thanked are the others involved; Northern Railways and Network Rail have been key to the achievements, as has St Anne’s Town Council and Fylde Borough Council who have supported the various groups. The local community are also part of the achievement by donating goodwill, compliments, support and in some cases goods and services.