The Annual General Meeting of the South Fylde Line Community Rail Partnership was held on Tuesday 6th June 2017 in the offices of St. Anne’s Town Council in St. Anne’s. 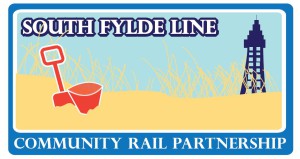 Elections for the posts of Chair, Vice Chair and Secretary were held with the following results:

A routine Management Group meeting was held after the AGM and covered a number of topics including:

Arriva Rail North – Martin Keating reported that performance was currently at 88% but noted that the terror attack in Manchester had impacted heavily on all services in and out of the Manchester area. Martin also noted that the RMT union were still in dispute but that no further dates for industrial action had bee notified.