A number of events at stations took place along the South Fylde line over the Jubilee Weekend.

The first is to report is that the first sod has been cut for the installation of a replica Foundation Stone that is to be installed at St. Anne’s-on-the-Sea railway station. The original stone was set in a wall during construction of the Station Hotel (now the Town House pub) opposite the station car park. St. Anne’s is an unusual town in that it came after the railway had arrived rather than the other way round. 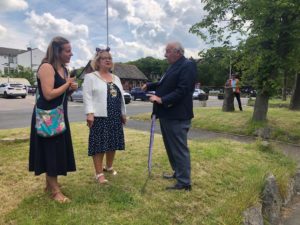 The second to report is that the Friends of Lytham Station held a Platinum Jubilee event at the station which attracted people from near and far including New Zealand,  America, South Africa, Poland, Ukraine, Preston, Manchester, Chelmsford, London and even Lytham itself! 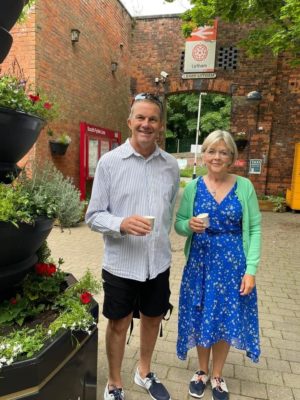 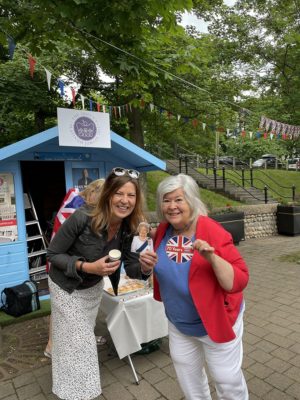 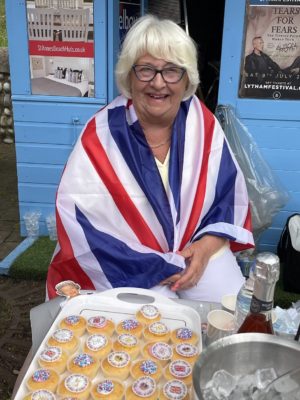 Finally we can report that the station at St. Anne’s had been trimmed up with bunting, seascape yarn bombing and crowns ready for the Jubilee celebrations. Representing the work of community groups in St Anne’s, Knit Together based in the Library and Senior Moments Hub based in Wood Street. 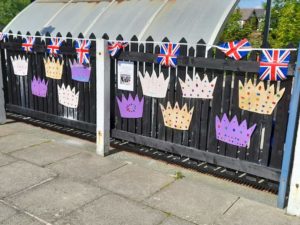 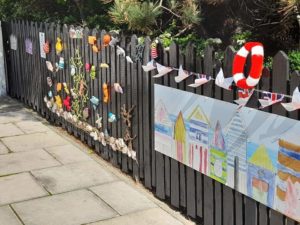