Shifting Sands is an art project commissioned by Fylde Council that will see a trail of contemporary travel posters by acclaimed artist Nicky Thompson set within the historic grounds of Lytham Hall. Shifting Sands presents 12 new contemporary artworks in the style of railway posters that depict iconic landmarks on the Fylde coast. An accompanying exhibition of mid-century railway posters from the Lytham St Annes Art Collection will be displayed in Lytham Hall in early 2022.

The story of railways in Britain has been reflected in the development of the railway poster. The art form illustrates the major changes that have occurred in British society over the years and captures the spirit and character of British life throughout the twentieth century. Railway posters are social documents and material evidence of British culture; they illustrate the changing styles in art, holiday-making, architecture, and fashion over the years, as well as the development of the urban and rural landscapes of Britain.

Shifting Sands is a fascinating exploration of railway posters as an art form, the history they document, and the development of the railways and tourism since the 17th century. Nicky Thompson’s contemporary railway posters depict well known and beloved landmarks that bring tourists and travellers to the Fylde coast in droves to this day. 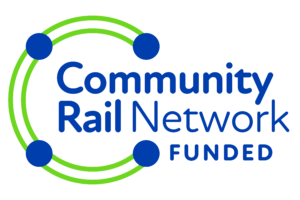 The Community Rail Development Fund, is a pot of money provided by the Department for Transport and managed by the Community Rail Network. The funds are available for accredited CRPs to help with their projects.