Community Rail Lancashire would like to congratulate Sally Buttifant on be awarded an MBE in the Queen’s Birthday Honours List. 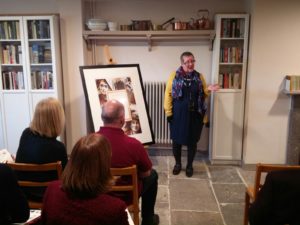 Sally speaking at the launch of the Amazing Women by Rail project.

Sally has been awarded the MBE for services to the railway and community in Cheshire. She has worked tirelessly in the community rail industry and is a strong supporter of Women in Community Rail. Sally has also worked in partnership with CRL on a number of projects.

CRL wishes her all the best in her new role with Cheshire West & Chester Council.