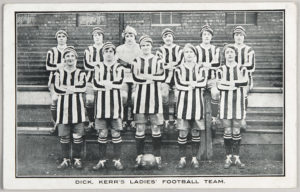 The unique project aims to chronicle the feats of Dick, Kerr Ladies – the most successful women’s football team in history – with young people in Lancashire, and we need your help – read on to see how you can help this project.

Launched as part of Preston station’s Remembrance Service to highlight the connection between the football club and the First World War – the team was formed at the Dick, Kerr & Co Ltd munitions factory and in 1917 they began playing charity matches, where they raised money for wounded soldiers.

The initiative aims to spark an interest in the significant role the Dick, Kerr Ladies played in the war effort, by inviting the public to share stories of the first great British women’s football team that can be passed on to a new audience. 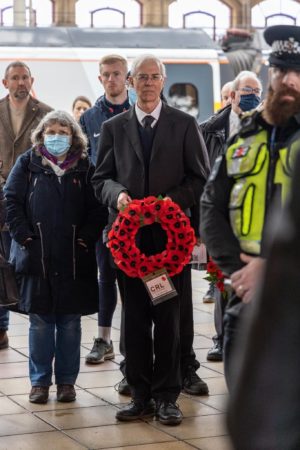 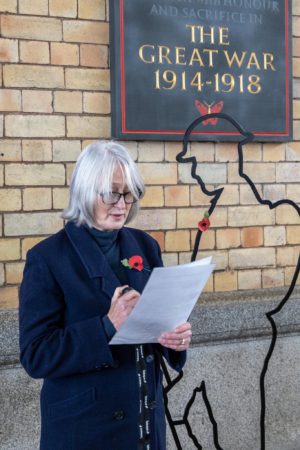 Funded through Avanti West Coast’s Community Rail Project Fund, CRL will work with young people to create a series of postcards about the Dick, Kerr Ladies, and their important place in history. They will also connect with the region’s football community, including Preston North End and the English Football League.

This year is particularly poignant as it is the centenary of women being banned from playing on the Football Association’s (FA) pitches – a decision the Dick, Kerr Ladies fought against by continuing to play matches and raise money for charity until 1965. They were the only women’s team to do this.

The Dick, Kerr Ladies had a run of over 200 games without defeat and were acknowledged as World Champions in 1937 after winning a match against Edinburgh Ladies.

Shirley Ross, Avanti West Coast Station Manager at Preston, said: “As we mark remembrance, we also want to remember the service and sacrifice of those who were left behind – including the contribution the Dick, Kerr Ladies made during the First World War, so we’re proud to be working with Community Rail Lancashire, local people, and those with a football connection to ensure this team is never forgotten.

“At Avanti West Coast we want to connect people and places to opportunity, so we hope this great project will document this important part of history in a new way and inspire the next generation to pass on a key part of Preston’s heritage.”

“We are pleased to be acknowledging, in addition, the work of those who remained at home to care and work, and as we start a new project to commemorate the Dick, Kerr Ladies’ Football Team we are seeking those with memories, friends and families to share their stories and information.”

Gail Newsham, who has a connection to the Preston PALs memorial and has spent nearly three decades bringing the story of the Dick, Kerr Ladies to a wider audience, said: “Today gives us another chance to reflect and remember all those who gave so much. We remember the men and women who made the ultimate sacrifice, and those, like the Dick, Kerr Ladies who did so much to help those in need as they tried to rebuild their shattered lives.

“I am absolutely thrilled that Community Rail Lancashire and Avanti West Coast are helping to promote the legacy of the Dick, Kerr Ladies by engaging with young people in the region. It will help keep their name alive for the next generation and beyond.”

Anyone who wishes to share information and memories to support the Dick, Kerr Ladies Project can contact Caroline Holden, Community Rail Lancashire’s Community Rail Development Officer, on caroline.holden.crl@gmail.com or 07973 312844.