The South Fylde Line CRP met on Wednesday 6th September in the St. Anne’s Town Council offices. The note of the previous meeting was approved and no matters arising were raised. Items discussed on the agenda included:

+  Martin Keating, Northern’s Community & Sustainability Manager (West) noted that performance was down on the previous period and that this partly due to unit and driver shortages coupled with the RMT strike days. He went on to note that on the last strike days Northern had managed to run 1100 trains.

+  Martin went on to talk about the upcoming blockade between Preston and Blackpool. Wayne Smith from Blackpool Transport noted that they had been liaising with Northern regarding bus replacement and that they wanted to do something with Northern to re-launch the service when the electrification work is completed.

+  Noted that Network Rail are in the process of getting  price together for a fencing project at Blackpool South that will allow the Friends group access to the disused embankment.

+  Emily Elliott, one of CRL’s Community Rail Education Development officers, gave an update and noted that the project at St. Annes-on-the-Sea station with Heyhouses School had been finished and a very successful launch had taken place at the station. Also noted that work was underway with Thames School to create artwork for the Blackpool South project. 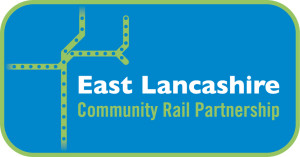 The Joint Management Group of the Clitheroe Line & East Lancashire CRPs met on Friday 8th September in the CRL office in Accrington. A full agenda included the following items:

+  The note of the previous meeting was accepted as a true and accurate record and no matters arising were noted.

+  Richard Watts, Partnership Secretary, gave an update via a PowerPoint presentation that covered a range of topics including marketing, the Community Rail Awards, the proposed changes to the timetable for December 2017 and May 2018. He also spoke about the Blackburn Master Plan and how further developments might be taken forward.

+  Richard also noted the great work that our Friends of Stations group carry out along the two routes and mentioned the Welcome to Langho project which has been shortlisted for ACoRP’s Community Rail Awards.

+  Future developments were also mentioned including hosting Northern’s Year in Industry students and a group of Northern Apprentices. Also mentioned was the continuing work of the education team and the Railway Confidence Programme which will see CRL working with special educational needs and disability (SEND) children.

+  Vicky Cropper, Northern’s Community & Sustainability Manager (Central) noted that performance for both lines was down on previous periods and that this was mainly due to the poor management of the Bolton blockade and the problems at Moses Gate.

+  Vicky also noted that across all the Northern CRPs thirty six projects had been shortlisted for the ACoRP Awards.

+  The British Transport Police’s Dax Byrne-Turner gave a report noting that the school holidays had seen more officers out and about and that co-operation with Network Rail had helped greatly to reduce anti social behaviour on the railway. A number of children had been spoken to in front of their parents over issues of stone throwing etc.

+  Dax also noted that there had been a rise in verbal abuse to staff especially those carrying out revenue protection duties.