Citizens’ Rail is an EU project to develop local and regional railways by involving the community. From station improvements, to more frequent services, to marketing campaigns, the project is enabling more people to use and be part of their local train services.

As part of their ongoing work Citizens’ Rail has held a Master Class for students from the various European partners. The Masterclass was hosted by the Media Department at the University of Central Lancashire (UCLAN) and on the first day visited Burnley. Students from UCLAN, Plymouth University, Aachen University and Zuyd Hogeschool in Heerlen visited the new station at Burnley Manchester Road and then went on to Victoria Mill in Burnley.

The theme was how to market local railways and they interviewed target groups to find out their views on rail travel. Padiham Green Primary School has been closely involved with the Citizens’ Rail Project from the a start. Pupils were on hand when European Partners visited Burnley Manchester Road back in July 2014. A class of Children then visited Aachen in Germany and have worked with pupils from the Domsingschule in Aachen. Four children from Padiham Green were interviewed by the students and had a great time putting their views across. 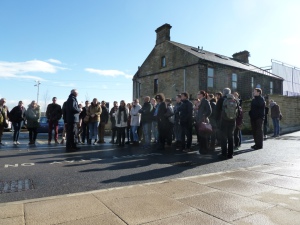 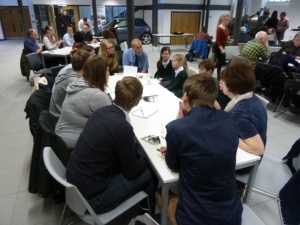 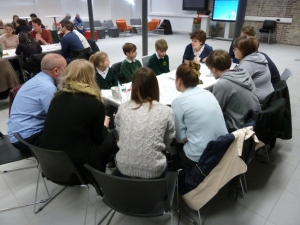 
Back at Burnley Manchester Road the children were able to show the students some of the art work they had done as part of the Aachen Project that is on display in the Community room at the station. Pride of place goes to the ‘Distance Between’ poster that was done jointly with children for the Domsingschule in Aachen.

Get full details of the masterclass and see some photographs too by visiting www.citizensrail.org/masterclass-in-preston/ 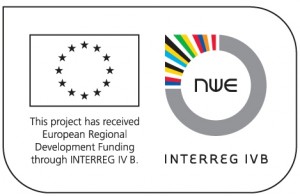