Arriva Rail North (Northern)’s modernisation plans have reached a milestone with the first of the new train shells rolling off the production line at the CAF factory in Spain. 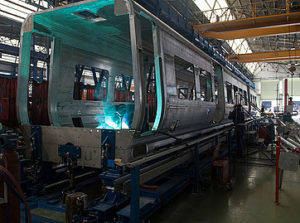 This is a significant milestone for Northern and they are on track for the first of the 98 new trains to arrive in the UK next Spring as part of their £580m investment programme. They will start to go into service in late 2018. A link to the story is below and a link to Northern’s official You Tube channel, where a short video showcases the progress of the new trains, is also provided.