Commuters are being encouraged to return to rail by Northern. The train operator has made significant improvements to its network during the past 18 months and also has updated fares that reflect the changes people may have made to their travel habits. 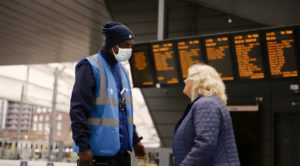 And the early signs suggest Northern customers are enjoying the improvements, with the latest figures showing that around 40 per cent of commuters have already returned to Northern services. That’s above the national average for rail operators and is growing month-on-month.

Tricia Williams, Chief Operating Officer at Northern, said: “We have delivered a programme of investment during the past 18 months that has seen the full introduction of 101 new trains, the completion of the refurbishment of our older trains, and significant improvements at stations across the North – including the installation for more than 170 Amazon and InPost lockers to provide more convenience for our customers.”

“We’ve also transformed the way in which customers can pay for their travel.”

“Great value fares – and Flexi Season tickets which reflect changes to people’s commuting habits – are available through our mobile app. And with more than 600 new ticket vending machines, as well as improvements to web purchasing, buying a ticket is now easier and more convenient than ever before.”

Northern’s drive to bring commuters back to the railway is showcased in its latest ad campaign which launched earlier this week.

Tricia added: “Whether you’re coming back to the railway to get to your workplace, a meeting or to study, we’ve made fantastic improvements to make sure that, whatever the reason for travel, you can go do your thing.”