A press release was issued on 22nd December 2016 (see link below) announcing the Class 319 Flex (bi-mode) project to be introduced on the Northern franchise. This innovative rolling stock project has been developed by rolling stock owner Porterbrook in conjunction with Northern, to modify a small number of Class 319 electric trains to turn them into bi-modes capable of operating over non-electrified lines.

The business case was developed by Rail North Partnership and a commercial deal has been agreed with Northern and Porterbrook, supported by funding secured from the Department for Transport.

The project involves fitting diesel engines to 8 x 319 EMUs (32 vehicles), providing the capability to run on non-electrified lines. They are planned for use on routes previously expected to be electrified and operated by standard Class 319s. 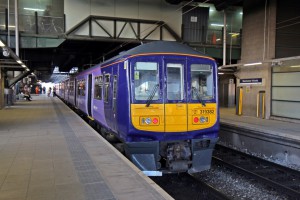 The project is designed to mitigate the impact of the changes to electrification schemes in the North West: since the Hendy review, the Wigan-Bolton and Oxenholme-Windermere schemes have been ‘undated’, with timescales for their electrification not yet known. Northern’s original plans for these routes involved the introduction of EMUs, and there are no available DMUs to take their place, so the Flex project ensures that planned services can continue to operate.

Further longer term plans for operation of services over these routes will be developed once timescales for electrification are clearer. These plans will need to ensure that the passenger benefits originally contracted, including the train service standards of Northern Connect on the Windermere services, can be met. It is likely that the bi-mode trains will continue to offer Northern valuable flexibility across the franchise, even after electrification takes place.

This press release was issued by Northern and Porterbrook, targeting the technical press. It is planned to issue a Rail North version of the press release in the New Year, focused more on the local/regional press.