Projects delivered by Community Rail Lancashire, based at Accrington Station, are highlighted and celebrated in a new national report championing the importance of young people to the future of Britain’s railways. The projects are quoted as examples of best practice within community rail, and could inspire other groups across the country to plan and deliver similar schemes. 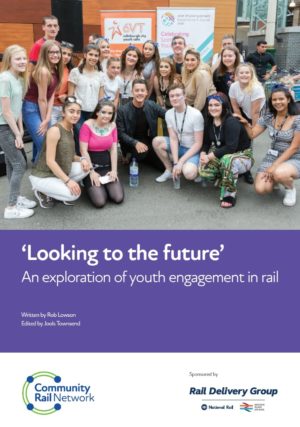 The projects highlighted in the report include: ‘Women Who Wander’, which used writing, photography, and artwork to promote STEM careers within rail to women and girls; ‘Ticket to Pride’, which used artwork and posters to address LGBT + hate crime and hate incidents and enable LGBT+ people to feel safe using public transport; and ‘On Track to Train’, which gave young people with additional needs and disabilities, young women, and those from BAME and other minority backgrounds the chance to receive a comprehensive employment experience in rail and community rail. 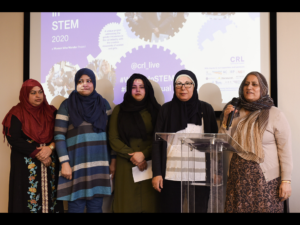 Also championed as best practice is the partnership’s work with train operator Northern, in which apprentices work with the group to manage and deliver their own community projects, focusing on work with schools and issues such as rail safety, travel confidence, sustainability, and the environment.

Richard Watts, Chair of Community Rail Lancashire, said: “Community Rail Lancashire has been working with young people for over 10 years now. Using its base at Accrington and with a team of educational specialists it is good to see the valuable work they do with young people recognised as good practice in this report. A recent focus has been on encouraging young women to look at possible careers in rail through initiatives such as Women in STEM. Key to all CRL does is to introduce young people to the benefits of rail travel as they will be the ‘passengers of the future’ and possibly even the future managers of this great industry.” 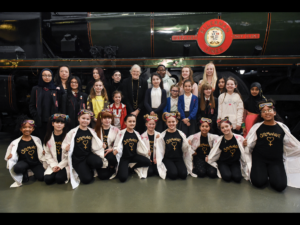 Community rail is a grassroots movement spanning Britain made up of 72 community rail partnerships, which work along railway lines or across counties, and over 1,000 station friends and other local groups, all aiming to connect communities with their railways. Many are already actively involved in engaging young people, either as volunteers or via work with schools and colleges, with an increasing number of stations now also being adopted by youth-orientated groups.

The report has been produced by Community Rail Network, the umbrella body for groups working within community rail, with support from Rail Delivery Group, which exists to enable rail companies to succeed in delivering a successful railway. It will be available to Community Rail Network’s growing membership of more than 300, and promoted to other organisations in the youth, community, education, and volunteering sectors via rail industry and third sector partners.

As well as identifying wide-ranging benefits, the report recommends how youth engagement in rail can be further developed, with suggestions for both for community rail partnerships and station groups, as well as rail industry partners. These include ensuring that youth engagement is embedded, meaningful, and draws on young people’s voices and creativity.

Jools Townsend, chief executive of Community Rail Network, said: “Youth engagement is a key priority area for our growing membership, and embracing the creativity, passion, and enthusiasm that young people can offer is vital for the development of the community rail movement.”

To view the report, visit https://communityrail.org.uk/youth-engagement-in-rail/