It was announced at the Association of Community Rail Partnership’s AGM in Birmingham on 3rd November that Julie Townsend has been appointed as the new Chief Executive of ACoRP.

She will take up post in December and the role includes overseeing a dedicated team of eleven, fostering successful relationships with those working in community rail and the wider rail industry, representing community rail at national and regional level, setting the strategic direction of ACoRP, and ensuring its ongoing growth and development.

Julie is passionate about sustainable travel and enthusiastically committed to using and promoting rail. 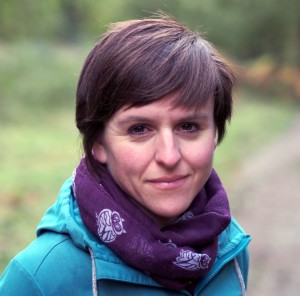 Julie joins ACoRP after serving more than 10 years at Brake, the national road safety charity, for the last five years as Deputy Chief Executive and campaigns director. At Brake, Julie provided strategic leadership across the charity and externally as the most senior staff member in the UK. Her work included building strong relationships with national policy makers and major partners, significantly growing the charity’s income, representing the charity through national media, and developing and delivering numerous high profile campaigns. She worked to increasingly connect the charity’s road safety campaigning with people’s right to healthy and sustainable travel and lifestyles.

Julie has also headed up communications and policy functions at a pioneering programme to support families with young children, Better Start Bradford, and London housing association East Thames Group. In addition, Julie has undertaken a range of voluntary work, including as chair of the founding committee of Streatham Common Community Garden.

Juile said; “I’m thrilled to be taking on this prestigious role at ACoRP, at such an exciting time in the organisation’s development. I am passionate about promoting sustainable travel, and understand how important it is to communities’ health, wellbeing and development. Community rail is playing an increasing role in boosting rail travel and working to ensure our railways meet the needs of local people. Thousands of passionate people around Britain make up the community rail movement, and I feel privileged to be taking on this role to support and represent them at a national level. With ACoRP doubling in size, there is a real feeling of excitement about the organisation doing even more to ensure that community rail continues to flourish. I’m very much looking forward to working with the team to capitalise on this growth, and meeting the many people who make community rail the dynamic, beneficial movement it is.”

Julie continued saying; “I’d like to say a huge thanks and best wishes to my predecessor Neil Buxton, who must feel extremely proud of all he has achieved, and the transformed and vibrant organisation he is retiring from after his thirteen years leading ACoRP”.

Neil Buxton, ACoRP’s current General Manager added: “I’m very pleased that Julie has come to ACoRP and I think she will be a great asset to an organisation that is already well-respected and appreciated. Having spent 16 years as General Manager, I feel very proud of what my colleagues and I have achieved and as I approach retirement age, it’s entirely appropriate to hand over to someone younger and who, I have no doubt, has many new ideas to take ACoRP even further.”

Julie starts on 12 December 2016 and there will be a short period of joint working until Neil retires on 31 December.

In addition to Julie, five other ACoRP appointments have been confirmed as of November 2016: