The artwork is the culmination of the 2017 element of the project that has seen recycled plastic planters installed on the station and a general clean up of the station areas. The project will continue in 2018 with additional planters, a welcome sign and a wooden engine project.

The event started with an opening welcome speech by South Ribble Councillor Paul Foster, who is member for Bamber Bridge West that covers the station. Next to speak was South Ribble Mayor Cllr Mick Titherington who spoke warmly of the involvement of the children from Cuerden Church School and of the time the volunteers have put in on the station. 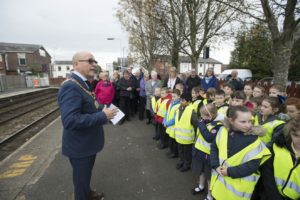 The children from Cuerden Church School, who designed the artwork on the Preston bound  platform then sang a song about inclusion before official photographs were taken of the artwork unveiling. The children will also be invited to have a trip along the line to Accrington to experience the education programme offered by Community Rail Lancashire. 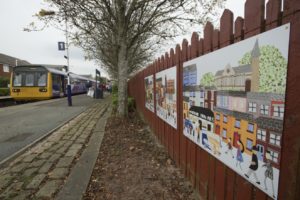 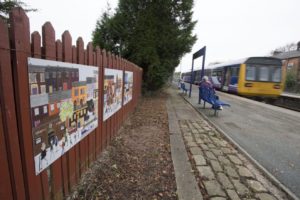 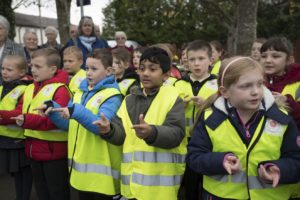 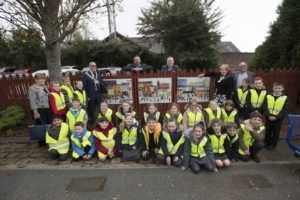 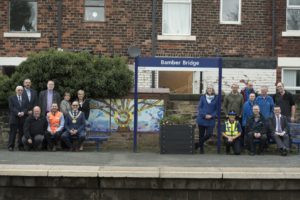 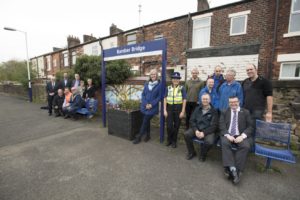 The unveiling was followed by light refreshments hosted by the South Ribble Pensioners Association in their community room in the old station building.

The Friends of Bamber Bridge Railway Station is an organisation that was formed to look after the station and its environs and is a partnership between South Ribble Borough Council, Community Rail Lancashire, Arriva Rail North (Northern), Network Rail, Baxi Manufacturing, The Brothers of Charity, Cuerden Church School and not forgetting the South Ribble Pensioners Association.