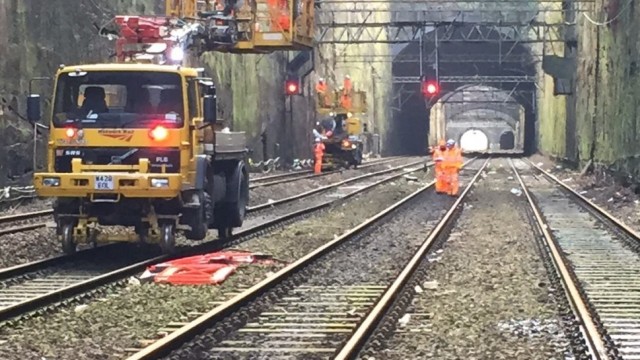 Scores of orange army engineers have worked round the clock since a section of trackside wall collapsed last Tuesday (28 Feb) sending 200 tonnes of debris across the four lines in the deep cutting approaching the station. Their efforts will enable the railway to be reopened a day earlier than planned.

Martin Frobisher, Network Rail’s London North Western route MD, said: “I am thrilled to be able to get customers moving again in and out of Liverpool’s main station. Our orange army has worked tirelessly since the incident occurred. We’re really proud of them. We’re grateful for the teamwork and support of the train companies, and for the patience of both passengers and neighbouring residents and businesses.”

Trains from East Midlands, Virgin, Northern, London Midland and Trans-Pennine Express will be moving in and out of the station from Wednesday. As always train customers are urged to check before they travel on nationalrail.co.uk.

Network Rail’s orange army engineers have worked to a three-step plan to reopen the railway. They firstly made safe the location by removing 4,000 tonnes of material from the top of the cutting. The second step was clearing the debris from the tracks in the cutting more than 10 metres below. The third and final step was repairing damage to the railway, namely overhead wires, signalling equipment and the tracks themselves. Final track repairs are taking place today.