A bid has been announced to bring the new headquarters of Great British Railways to Preston, which would bring wider benefits to Lancashire.

The bid is being led by Lancashire County Council.

A government competition is currently underway which asks councils to submit an expression of interest, before a shortlist is created later in the year. 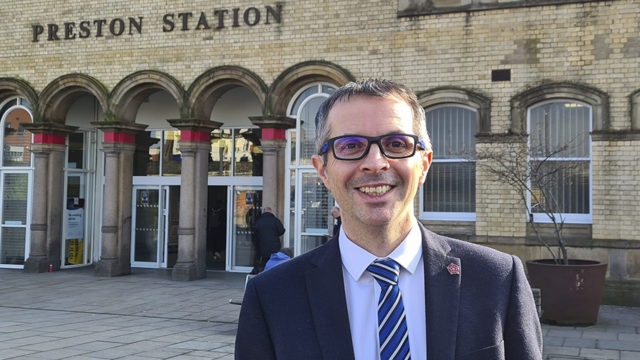 “Our bid builds on the work we’re doing with Preston City Council and the University of Central Lancashire to create a regeneration framework for the Station Quarter, which is a key area for development, as well as a transport gateway.”

Great British Railways is a new public body which will own the infrastructure, with responsibilities for the running and planning of the rail network, in addition to the setting of fares and timetables.

The national headquarters is expected to be home primarily to corporate functions, a number of network-wide capabilities, and meeting and collaboration spaces that enable people from across the regions and industry to come together.

The successful town or city will work with the government to understand the requirements and work to agree a specific site.

Preston Railway Station is the main railway hub in Lancashire, with several lines providing direct connections across Lancashire from Blackpool to Colne and Carnforth to Chorley, as well as to key destinations including London, Manchester, Edinburgh, Glasgow and the midlands.

It will also be a main stop for HS2 services in the future which will see improved links across Great Britain.

Detailed work is currently underway to draft a Preston Station Quarter Regeneration Framework, which sets out an ambition framework to guide the regeneration and redevelopment of this major city gateway.

The framework is being created in partnership between the county council, Preston City Council and the University of Central Lancashire.

As part of developing the bid, the county council are contacting key organisations and businesses to gain backing for the plans.

People can also give their backing direct by visiting www.lancashire.gov.uk/GBrailways

More information about the national competition is available at https://gbrtt.com/hq