This was the first time they had visited the stations and they were treated to a guided tour of the hidden areas!  Mike Swift who had organised the trip said about Accrington that it was “a real eye opener” and followed up saying “those of us involved in supporting and promoting rail in Yorkshire are envious of the support you provide”.  These comments were echoed by Robert Sugden, Chairman, who said Accrington was “a real revelation and I would like to think the best in the country”.  Community Rail Lancashire likes to welcome people to Accrington Eco Station and has had many groups from across the UK and Europe. 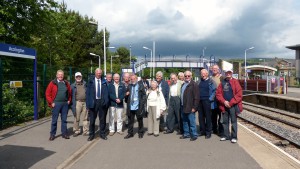