The idea behind the project was to engage with existing and new communities from under-represented and/or marginalised communities in order to encourage a stronger sense of connection to their local train station and pride in their neighbourhood. We wanted to provide a platform for people to explore, discover and share the places that were local and of interest to them and photography was a very accessible way to do so.

Led by Katie the groups went on walking tours around the station taking photographs of the hidden gems as they went. These photographs were digitally collaged by a Liverpool-based designer (Jodie Greenwood) and printed onto Dibond ready for installation. As a way of recognising the achievement of those involved participants were presented a Hidden Gems certificates and two photography exhibitions were organised as a launch. 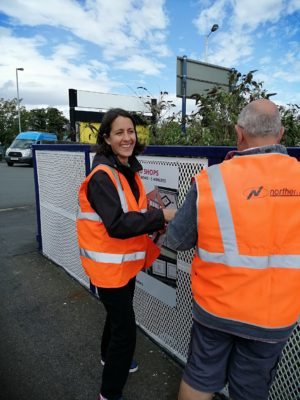 A total of thirty-five bespoke photography panels that highlight the many local hidden gems along three connecting lines were installed over two days at the end of last week by Katie and Simon Clarke, one of CRL’s Community Rail Development Officers. So, if you are travelling from Southport to Wigan, Wigan to Liverpool or Liverpool to Southport take a look out your train window and look out for their artwork. 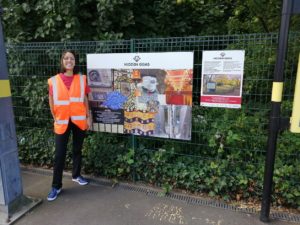 Katie stands by the installation at Bootle New Strand

Katie commented: “It’s been an absolute privilege to work with local people of all ages to explore their local areas together and they are rightly proud to celebrate all their hidden gems. 240+ people have been involved in this project and many of them knew nothing of community rail beforehand. Ambassadors for the future!” 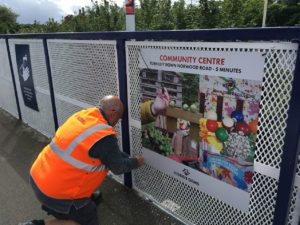 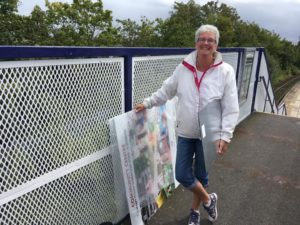