Network Rail’s latest Great North Rail Project update includes some works that will affect some of the railway lines in the Community Rail Lancashire area.

+  Platform lengthening on the Clitheroe Line – work was due to start yesterday on Hall I’ Th’ Wood station and will continue through until January 2020. The platforms at Entwistle, Darwen and Ramsgreave & Wilpshire are also due to be lengthened over the next few months and this will allow longer trains to call at these stations and means more seats available. 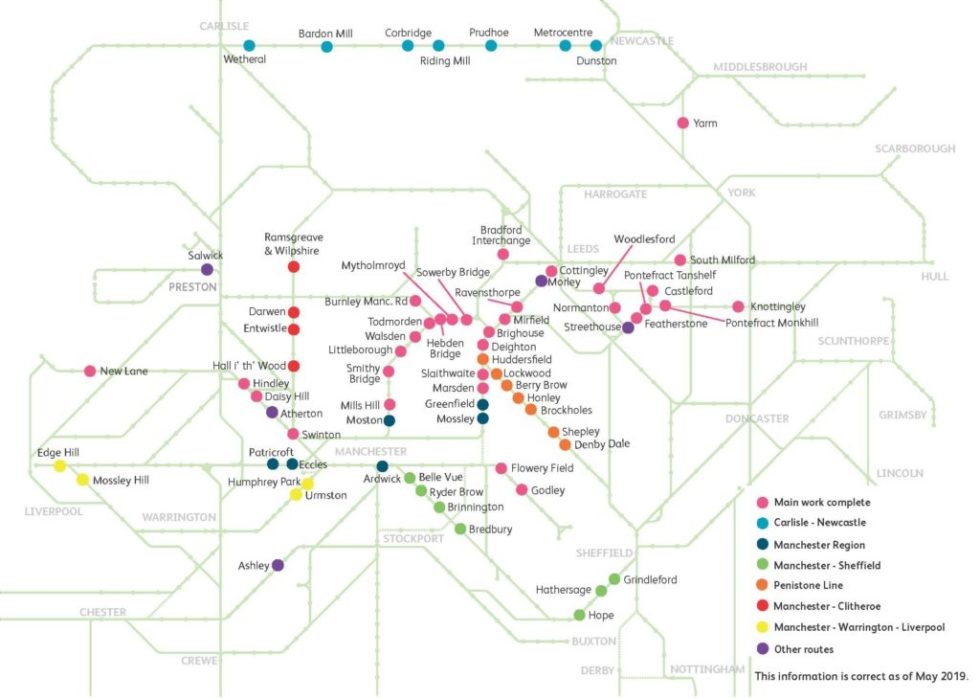 +  Bridge replacement at Burscough – a railway bridge over the Rufford branch of the Leeds Liverpool canal between Hoscar and Burscough on the Manchester to Southport line is being totally replaced and this means that the railway will be closed for five days from Saturday 16th November until Wednesday 20th November 2019. No trains will run between Southport and Parbold and rail replacement buses will operate between these two stations.

Aerial view of the canal bridge due to be replaced.

+  Liverpool Lime Street signalling upgrade – passengers are being reminded about a major signalling upgrade which will see the closure of Liverpool Lime Street and Edge Hill stations on the weekend of 2nd & 3rd November 2019. Signalling controls are being transferred from Edge Hill to Network Rail’s state-of-the-art rail operating centre in Manchester – making the railway more reliable for passengers. Because Edge Hill station is the gateway to Lime Street, trains cannot run on any lines in and out of Liverpool’s main transport hub. Passengers will still be able to get to and from central Liverpool using rail replacement buses or by using the Merseyrail network via Liverpool South Parkway, adding only an additional 10-15 minutes to journeys. 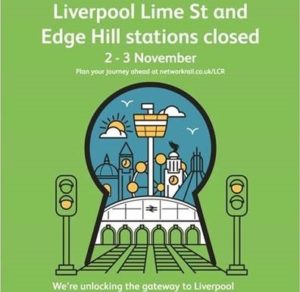