Craig Harrop, Northern’s Acting Community & Sustainability Director, provided a business update to the group along with the key challenges facing Northern including the collapse of Carillion and the issues with the May ’18 timetable. CH also showed a video showcasing the latest work being done on the new trains in Spain. 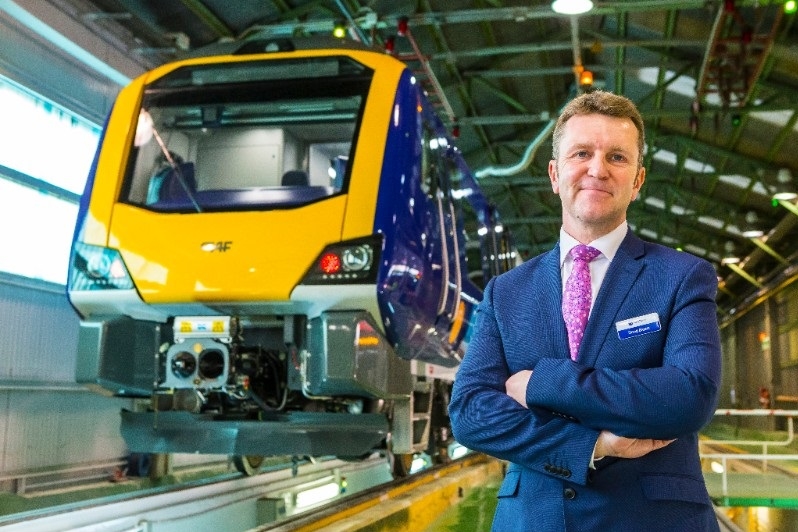 Jo Morley, Marketing Manager, gave a presentation on Northern’s marketing strategy for 2018 including an update on choices for off peak travel, automation of website, a Northern version of Club 55 as well as information about web-linked guided walks. She also offered to provide the code for the Northern ticket sales widget for CRP websites.

Daisy Chapman-Chamberlain from Community Rail Lancashire gave an update on their Education Development Programme. Over 1.7k pupils have been engaged from mainstream schools and 175 from special needs.

ComREG was asked to approve the funding grants to be made to CRL as part of their Education Development Programme for the next tranche of three years and the funding was unanimously approved.

Gerald Townson, Chair of the Bentham Line CRP gave a comprehensive update on the Dementia Awareness project including the awareness sessions, Dementia Friendly Walks, and activities for 2018. A video was shown to the group highlighting how we recognise Dementia and first impressions. He noted that he was keen to establish Dementia champions within Northern to spread awareness message across the business.

During a discussion about Women in Rail, a question was posed about Northern’s policy on naming trains.

It was noted that; all of the trains are currently being refurbished and all current train names will be removed and will not be replaced. Northern are looking at ways in which to honour those people we have previously named trains in due course, however this is through investment at stations and to be something customers can benefit from. These projects will be regional initiatives owned by the Regional teams and RCSMs. Once the refurbishment is completed we will reconsider very special train naming’s that are meaningful pan-northern and may be linked to a special event(s).

A proposal was made to the group that £20k from the Seedcorn Fund be reallocated to Station adoption fund for this year (17/18). The proposal was unanimously approved.

Richard Watts, Chair CRL Ltd. provided an outline of the application which is a feasibility study to consider improving capacity on the South Fylde line between Blackpool South and Preston including running 2 trains per hour and options of a new passing loop. Funding for the scheme would come via 3rd party funding (Local Growth Fund).

It was noted that a feasibility study is the best lever to unlock the funding, the service requires improvement as it was felt to be not fit for purpose and that the local community (Blackpool) was amongst the most deprived boroughs in England with some of the worst economic indicators. It was also pointed that the feasibility study would be able to combine elements of the Jacob’s report, as well as draw on the experience of CRL in delivering similar schemes such as the Todmorden Curve and Burnley Manchester Road.

A proposal was made to the group that £15,000 from the Seedcorn Fund be awarded to the South Fylde Capacity Increase Project. The proposal was unanimously approved.

Daniel Cole, Network Rail, updated on progress re: reviewing tripartite leases. Work being undertaken with Network Rail, ACORP and Northern. While all recognise the issues any solution needs to balance protection for Network Rail, TOC and community group. A meeting with Northern is scheduled for 14 September.

Daniel also provided an update on the industry processes. NwR are drawing up a new local process within LNW and LNE areas supported by Northern to simplify the process providing a flow chart as guidance. NwR will assess each application individually to ensure the most appropriate approach. A further update will be provided in due course.