Network Rail, Northern Rail and Transpennine Express have announced their plans for the improvements to Farnworth Tunnel. Network Rail have issued the following statement:

The reconstruction of Farnworth tunnel is an important stepping stone to an electrified railway. The existing tunnels are too small for the overhead lines, so we need to make one of them bigger.

It’s a complex engineering project: we need to fill in the big tunnel and then re-bore it using specialist, purpose built equipment before we can re-open the almost 300m tunnel.

From 2016 better trains will be able to operate between Manchester and Preston providing more capacity on the line. 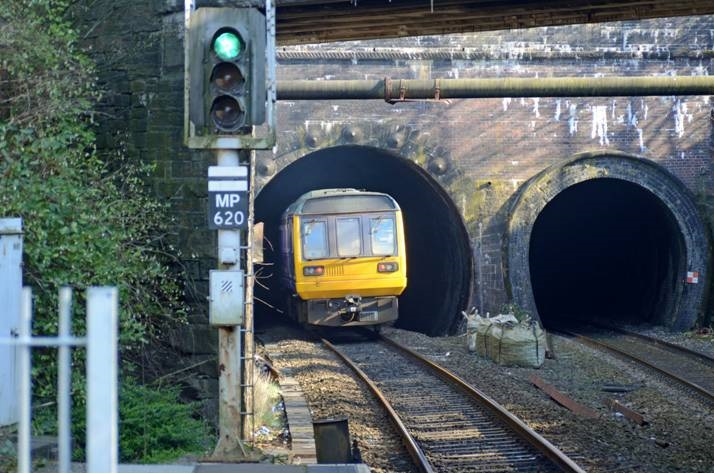 Impact on services 2 May – 4 October

During the work, we are committed to keeping as many passengers moving as possible. We’re keeping one of the tunnels open so that services can run in both directions.

This means trains will be less frequent, but we’re working with train companies to lengthen platforms at stations along the route to allow trains with more carriages.

It’s not just the tunnels; we also need to do lots of work in the area with bridges and we will be installing a new footbridge.

Between 2 May and 4 October 2015, there will only be a single line in operation through the tunnel. Service frequency will be reduced between these dates. Timetables haven’t been confirmed yet; full details will appear on this page when we have more information.