Property experts Zoopla have put three East Lancashire towns into the top five for commuting to Manchester in a recent Affordability Index.

Burnley Council leader Cllr Mark Townsend said: “I’m delighted the report has named Burnley as the top commuter town for Manchester. It reinforces what we have been promoting for quite some time. Burnley has undergone a huge transformation in recent years, new businesses are moving in, new quality homes are being built and we opened the new direct rail link to Manchester in 2015, making it a great commuter option.”

Original panorama of Burnley by Childzy – available via Wikipedia Commons

“Since the new direct rail line opened from Burnley to Manchester, Burnley has become an attractive Manchester commuter belt proposition – from countryside to city in around 45 minutes.”

Cllr Miles Parkinson, Leader of Hyndburn Borough Council, said; “This shows Accrington has a lot to offer as a place to live if you work in the City. We now need improvements to our transport links.” 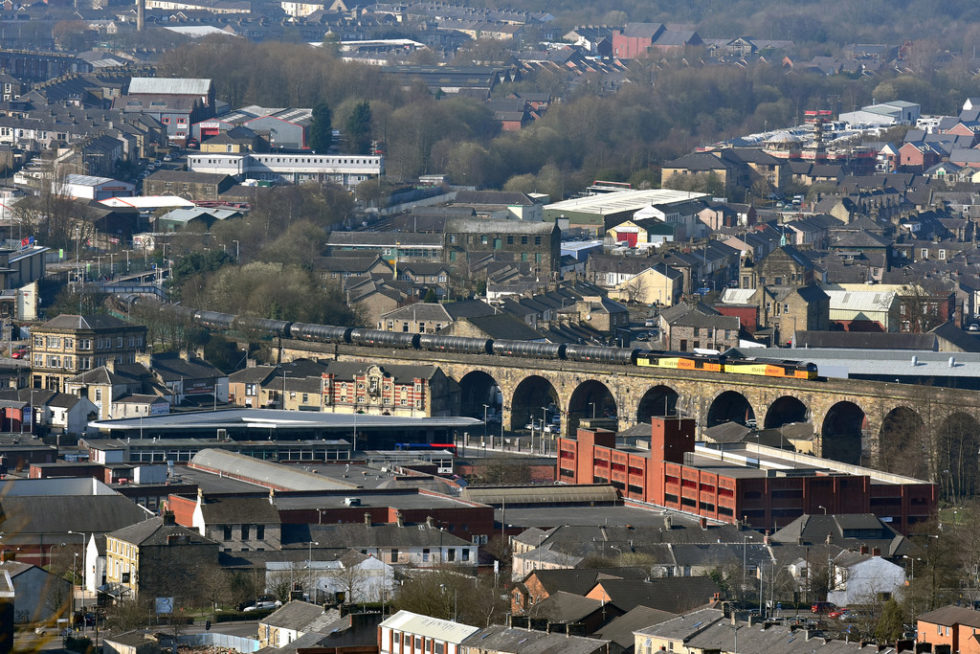 Cllr Phil Riley, Blackburn with Darwen Council regeneration boss, said; “This reflects the success of what we have been doing to improve the housing in the borough making it a desirable place to live for those who work in it, or in places like Manchester. What we need now is improvements in the punctuality and reliability of the train service to build on this.” 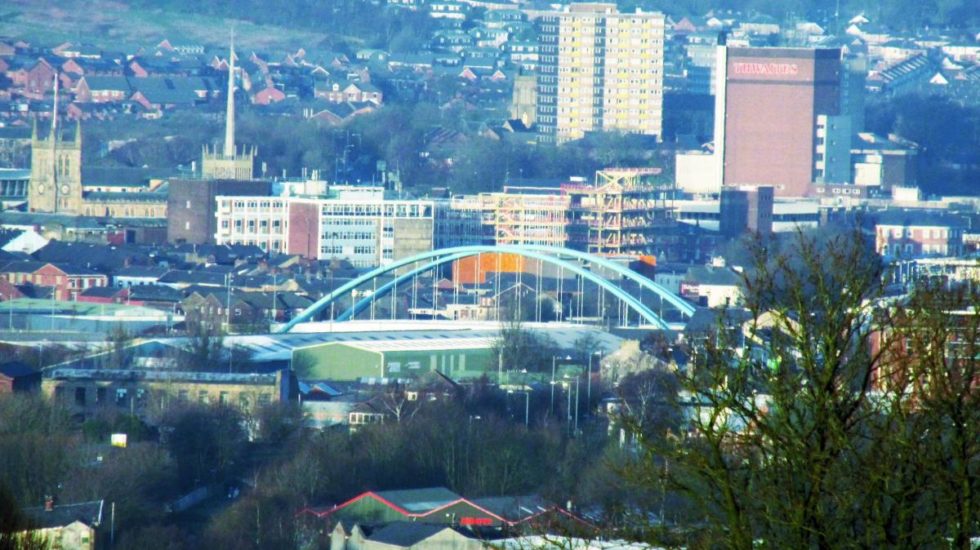 From the start of the May 2018 timetable it has been possible to get to Manchester in under an hour from all three towns. Journey times from Accrington (57 minutes) and Burnley Manchester Road (46 minutes) stations to Manchester Victoria are via the recently reopened Todmorden West Curve and from Blackburn in 50 minutes via Bolton.

Download the timetables using the links below or pick up a copy from the booking office at the stations.

Accrington & Burnley to Manchester via Todmorden