Today, Thursday 30th April 2020 sees the last day of one of Community Rail Lancashire’s staff. After a hectic three and a half years Daisy Chapman-Chamberlain leaves her role as Community Rail Equality, Diversity & Inclusion Lead with CRL to head off to pastures new. 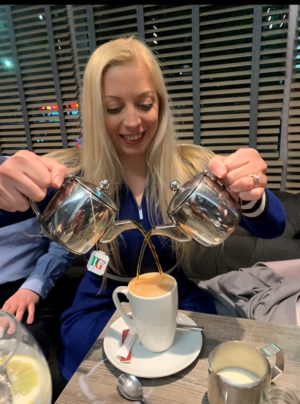 Richard Watts, Chair CRL said: “Daisy joined CRL over three years ago as a member of our new education team. A daunting task you may think being an educator within a Community Rail Partnership.  Yet over her time with CRL, Daisy has more than risen to the challenge often with great aplomb and has been responsible for developing many new and innovative projects such as the Railway Confidence Programme, On Track to Train and setting up the first Autism Friendly Line.”

Richard continued: “Daisy has also been the brains behind the Women Who Wander programme which is so important in introducing young women to the railway and potentially to careers in the railway.  Her successes frequently recognised at the National Community Rail Awards. CRL has come a long way during those three years.”

Richard finished by saying: “We thank Daisy for all that she has done in her time with CRL and we all hope that she enjoys her new role with her new company – she will be missed.”

Daisy commented: “After an incredible few years with CRL, I am joining Knowledge Transfer Network as their Rail Knowledge Transfer Manager. The role involves providing innovation support to companies working in rail and the supply chain, driving knowledge transfer between the science base and industry, promoting networking and enabling innovation, in partnership with key stakeholders including the Department of Transport and Network Rail.”

Daisy went on to say: “I have had an amazing time with the team at CRL, and have learned more than I could have imagined. I remain a strong advocate of community rail and will remain as a volunteer for CRL, and am excited to work together with them into the future.” 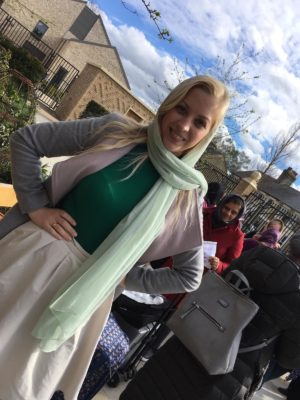 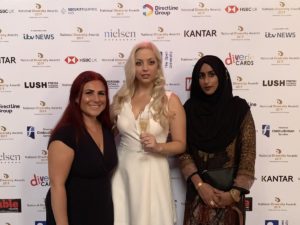