News
CRL In The Community

Community Rail Lancashire has just installed its first branded poster panels away from a railway station.

Padiham Green School was chosen as the site for the first, of what is hoped to be a rolling programme, of CRP branded boards that take the railway into the community. 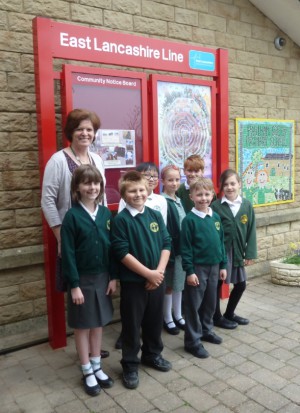 Padiham Green School has been closely involved in  a number of projects that link to community rail. The school is at one end of the Padiham Greenway, a project that saw the bed of the old Padiham Loop railway line converted into a cycle and walking route that links directly to Rose Grove station. The school also has close links with the new station at Burnley Manchester Road and were involved when partners from the Citizens’ Rail project visited Lancashire in 2014.