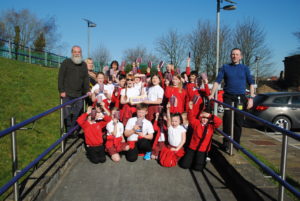 Brian has been working in community rail since September 2006 and has been involved in a number of award winning projects especially those involving young people. In a short ceremony on Tuesday 11th June, in CRL’s bunker at Accrington station, Richard Watts, Chair of CRL, spoke about Brian’s successful community rail career and presented Brian with a specially produced railway token and a railway history book. 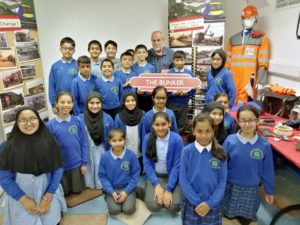 Brian’s last day with Lancashire County Council is Tuesday 18th June 2019, but he will still be involved with CRL until the autumn as he is working with a group of Northern Apprentices on projects at local stations.