The Management Group of the joint CL & ELCRPs met on Friday 1st December 2017 in the offices of Ribble Valley Borough Council in Clitheroe.

The Partnership Secretary’s report covered various topics that covered both CRPs and included:

+  The Department for Transport’s public consultation for the proposed new Community Rail Strategy which was launched by Rail Minister Paul Maynard at Burnley Manchester Road station on Monday 6th November 2017.

+  A third place in ACoRP’s National Community Rail Awards for the Todmordren Curve ‘Switch Campaign’ which has seen an increase of around 6000 journeys every period. 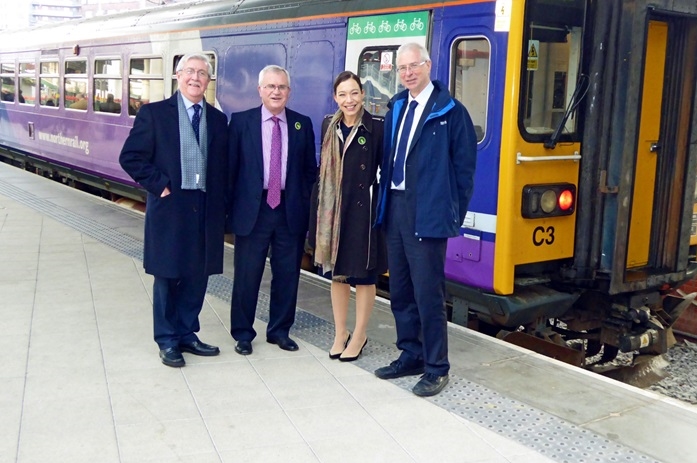 The launch of the Todmorden Curve Service

+  December timetable changes which will see the Sunday service on the Colne to Preston & Blackpool South route become hourly and a half hourly service for the majority of the day on the direct route between Blackburn and Manchester Victoria.

+  A number of projects that have taken place along the routes were discussed including; ‘Lowry at Bamber Bridge‘, the ‘Wranglings at Blackburn‘ and work with Arriva Rail North apprentices.

+  Noted that the autumn leaf fall season had been particularly bad this year with an increase in numbers of 142 units (pacers) with wheel flats.

+  Noted that the BTP were working closely with The Samaritans and Network Rail to target known hotspots for vulnerable people and these included Leyland, Accrington, Mill Hill & Cherry Tree;

+  Noted that ‘safeguarding’ is high on the BTP agenda;

+  Noted that begging was becoming an issue at Blackburn in particular and on the passageway from the subway to the rear car park.

+  Spoke about Blackburn with Darwen’s current anti-littering campaign and possible issues at the station.

Ribble Valley Rail and the Friends of Pendle Stations gave their usual update and in particular mentioned;

+  RVR thanked the volunteers who carried out an autumn tidy up at Entwistle station.

+ Friends of Pendle Stations thanked Northern for their contribution to purchasing a recycled plastic tool bench from Ark Plastics.