Following this a number of design consultants were asked to tender for the opportunity to draw up a masterplan for the further development of Blackburn station especially the areas, which haven’t been used since British Rail days.

CRL are happy to be able to announce that the successful tender has been submitted by Seed Architects and work to draw up the masterplan will commence early in 2017. 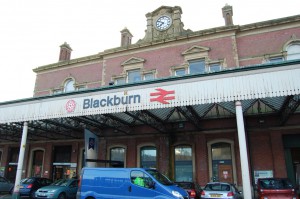 Blackburn is a key gateway to the Preston and Greater Manchester city regions and its station is the most important in East Lancashire with 1,265,000 passenger journeys recorded in 2014/15.

The station has seen considerable investment in recent years which has significantly improved many of its facilities – including a new canopy and waiting room on Platform 4 (funded through NSIP, Access for All and local authority capital grant) and a modern foyer creating a brighter more spacious entrance.

In addition, some of the earlier changes to the station such as the relocation of the booking office onto the island platform are now an obstacle to its efficient operation. Moreover, planned investment in ticket control barriers in the subway (a franchise commitment) and train crew facilities are being delivered outside of any long term vision for the station – undermining the call from outside and within the industry to ensure value for money.