Part of Arriva Rail North’s franchise commitments is to provide a pot of money for seed corn projects. Community Rail Lancashire, in partnership with Blackburn with Darwen Borough Council, submitted a successful bid to the last Community Rail Executive Group (ComREG) meeting for a project to redevelop the disused parts of Blackburn railway station.

Blackburn is a key gateway to the Preston and Greater Manchester city regions and its station is the most important in East Lancashire with 1,265,000 passenger journeys recorded in 2014/15.

The station has seen considerable investment in recent years which has significantly improved many of its facilities – including a new canopy and waiting room on Platform 4 (funded through NSIP, Access for All and local authority capital grant) and a modern foyer creating a brighter more spacious entrance.

In addition, some of the earlier changes to the station such as the relocation of the booking office onto the island platform are now an obstacle to its efficient operation. Moreover, planned investment in ticket control barriers in the subway (a franchise commitment) and train crew facilities are being delivered outside of any long term vision for the station – undermining the call from outside and within the industry to ensure value for money.

Community Rail Lancashire will use the grant to commission a design consultant / architect to develop a master plan for maximising the commercial, retail and community potential of Blackburn station, better utilising existing railway space and vacant areas as part of a long term vision for the management and operation of train crew and customer waiting facilities, information, ticketing and security in order to gain value for money from existing franchise commitments and deliver a regionally significant hub station for East Lancashire. 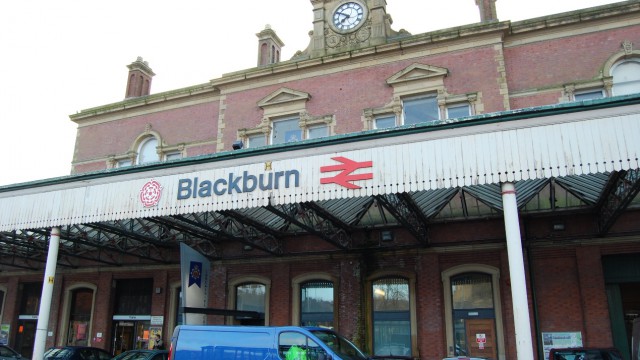