News
All Change at Cherry Tree

The All Change at Cherry Tree project was officially launched by Cllr Maureen Bateson from Blackburn with Darwen Borough Council on Thursday 13th November 2014.

James Syson, Transport Strategy Team Leader with the Council and Chair of the joint Clitheroe Line and East Lancashire CRPs, welcomed the guests to a chilly Cherry Tree and thanked all those that had been involved with the project.

Following James’ welcome Cllr Maureen Bateson, with the help of some of the young people involved in the project, unveiled the ‘Song Mine’ entrance. 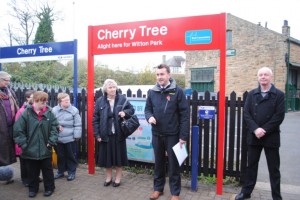 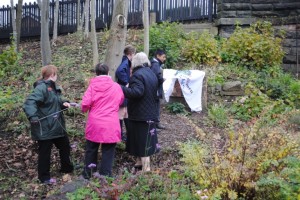 Cllr. Maureen Bateson helped by the children unveils the Song Mine entrance 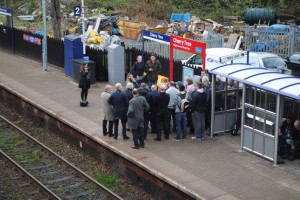 The guest gather for a group photo 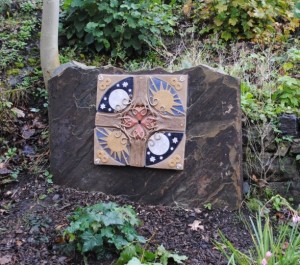 The Song Mine Entrance

The guests then moved up the road to the Greenfield Community Centre where refreshments were available. A slide show of photographs taken throughout the project were shown and James Syson once again thanked all those that had been involved in this successful multi-group art and gardening project – click here to read the thanks.

A full briefing document is available to download by clicking here.