Mill Hill is a suburban station within the local authority of Blackburn with Darwen, Lancashire. For a number of years the station had fallen into decline and had suffered from anti social behaviour, vandalism, and trespass resulting in reluctance from the local residents to use the station. Blackburn with Darwen Council working in partnership with Northern Rail and The East Lancashire Community Rail Partnership secured funding for CCTV coverage at the station and approached the CRP to deliver a project which would help to breathe life back into the station and bring the station back into the centre of the local community.

Every project requires a good simple working title which goes someway into encompassing what the project is about. ‘My Mill Hill’ was up and running.

A local artist Alastair Nicholson was secured for the project and after a meeting and a site visit with Brian Haworth, the Community Rail Development Officer, the parameters of the project were agreed. Brian and Alastair came up with the following plan.

Two local primary schools would have six classroom sessions with Brian and Alastair to produce artwork which would be then transferred onto a vinyl banner for display on the station fence highlighting the danger of trespass on the railway.

Three classes from a local nursery school would have a history talk about the station on site delivered by Brian and then produce artwork in two sessions with Brian and Alastair which would form part of the artwork to be installed in two bus shelters adjacent to the railway station reflecting the station history, thus creating a link from the buses to the trains.

All schools would have the Railway History talk delivered by Brian.

The local youth group would be engaged by Alastair and the CRP in a series of six evening sessions at the local community Centre to produce artwork for the bus shelters and for a wall adjacent to the station entrance.

A local old peoples club would be visited by Brian and Alastair and residents interviewed about their memories of the station in years gone by. Their stories would be recorded and played to the nursery children. Quotes from the text would be added to the art work in the bus shelters.

A local centre for people with learning difficulties close to the station would be visited by Brian and Alastair and produce artwork for the station entrance in sessions with the artist.

Promat a local company with a known ethos of working with the community would be approached by Brian and offered the chance to ‘get involved’ in the project.

Delivery of the project

Brian and Alastair gave a presentation to the local community forum which consists of local residents and councillors to gain their support and approval for the project which was given.

Schools and nursery were visited by Brian and their support quickly confirmed along with dates for the school and nursery sessions. The local youth group confirmed interest and evening sessions with the artist were set up.

The local old peoples centre and sheltered accommodation were visited, confirmed their involvement and sessions set up.

A visit was arranged with Promat who confirmed support for the project and amongst other things offered to provide certificates for all children involved in the project.

A time line was set up to ensure the project would be completed to an arranged date when a launch would take place at the station and include everyone involved in the project.

It was vital to obtain maximum publicity for the unveiling of the project and to this end everyone involved in the project was invited to attend along with local dignitaries, local press and representatives of the local rail companies.

Network Rail staff installed the finished banner, ISS working with Northern installed the station entrance boards and Blackburn with Darwen Council facilitated the bus stop artwork on the day prior to the launch.

Planning for the event was critical as we were going to put unprecedented numbers of children and adults on to an island platform where express services pass through at 50 mph. A time was set when there was a timetabled gap of services at the station. British transport police agreed to attend the event. Invited guests, children from the schools and nursery walked down to the local community centre on the day accompanied by the local Community Police (a logistical nightmare) but with excellent cooperation from the schools everything came together including the weather. After speeches including one from the Mayor of Blackburn with Darwen, refreshments and viewing images of the various strands of the project everyone took the short walk to the station to see the finished project. Northern Rail provided a photographer as did the CRP which ensured that the event would receive good coverage.

Funding for the project

This was certainly a truly rounded project rooted in the local community with an involvement from all age groups. The local community embraced the project and the railway station is once again a place to use with confidence and in safer surroundings. BTP have reported a reduction of anti-social incidents at the station following the initiative.

Vandalism and anti-social behaviour have virtually disappeared and trespass incidents are down so without doubt the project has delivered.

Both schools and nursery have given us positive feedback and expressed a will to work with the partnership in the future and the nursery have asked for a repeat history talks each year.

Designated Community Rail Development Fund (DCRDF) is sponsored by the Department of Transport, Network Rail and the Association of Community Rail Partnerships (ACoRP) and helps provide funding for development of community rail lines that have been designated as part of the Government’s Community Rail Strategy 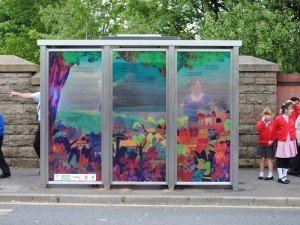 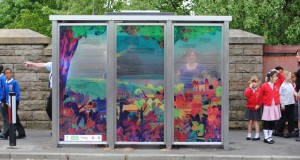 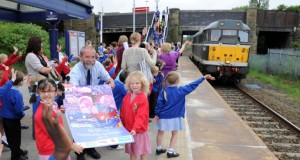 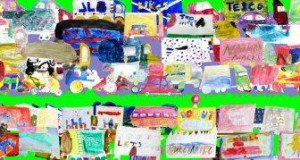