For nine days, between Saturday 15 until Sunday 23 February 2020, the railway between Accrington and Blackburn will be closed as Network Rail upgrade the East Lancashire route replacing  the canal bridges between Rishton and Church & Oswaldtwistle stations and strengthen the canal bridge at Rose Grove.

The work is part of a £3.95m investment, of Network Rail’s Great North Rail Project to improve journeys on the East Lancashire line which runs between Blackpool, Greater Manchester and West Yorkshire.

A revised timetable is in operation throughout this work and will involve buses replacing trains in some areas. https://findprednisone.com/

The following routes are affected https://activehealthnwellness.com/levitra-online/

The full revised Monday – Friday, Saturday and Sunday timetables can be viewed and downloaded below. 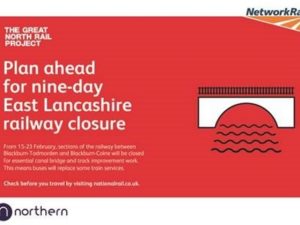 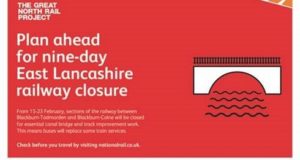 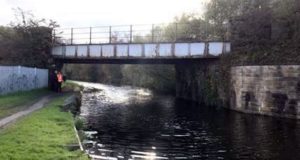 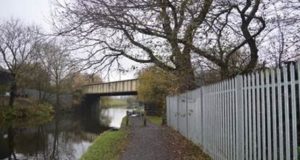 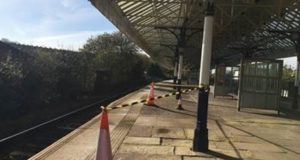